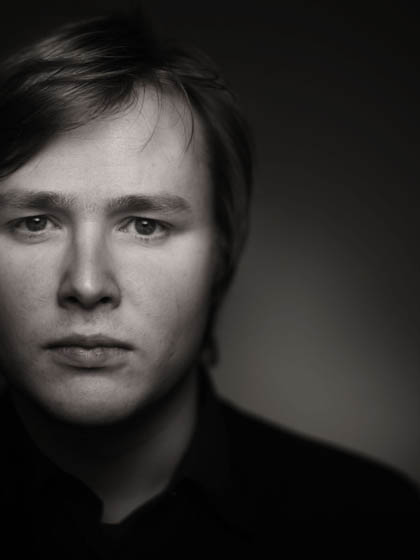 Joachim Kwetzinsky is a prominent and versatile Norwegian pianist. He gained his postgraduate diploma at the Norwegian Academy of Music where he studied with Einar Steen-Nøkleberg and Liv Glaser, and he has also studied with Jiri Hlinka at the Barratt Due Institute of Music.

In 2009 he received the Robert Levin Prize at a concert during the Bergen International Festival, and in 2002 he was a prize winner in the international Concours Grieg. In 2004 he won the competition of Concert Norway's three-year launch programme INTRO Classical where he was praised for his "wellprofiled programme, his impressive overview and shaping of the musical material, and his virtuoso, unsentimental yet sensitive performance".

Kwetzinsky has premiered more than 30 pieces by contemporary composers from Norway and abroad. In 2010 he released his first solo CD "Polyphonic Dialogues" with music by Shostakovich and Shchedrin on the label 2L, and he also appears together with Johannnes Martens in Elliott Carter's cello sonata on the recording "Figments and Fragments" on the same label. In 2013 he released a cd with piano and chamber music by Marcus Paus on the label Aurora.